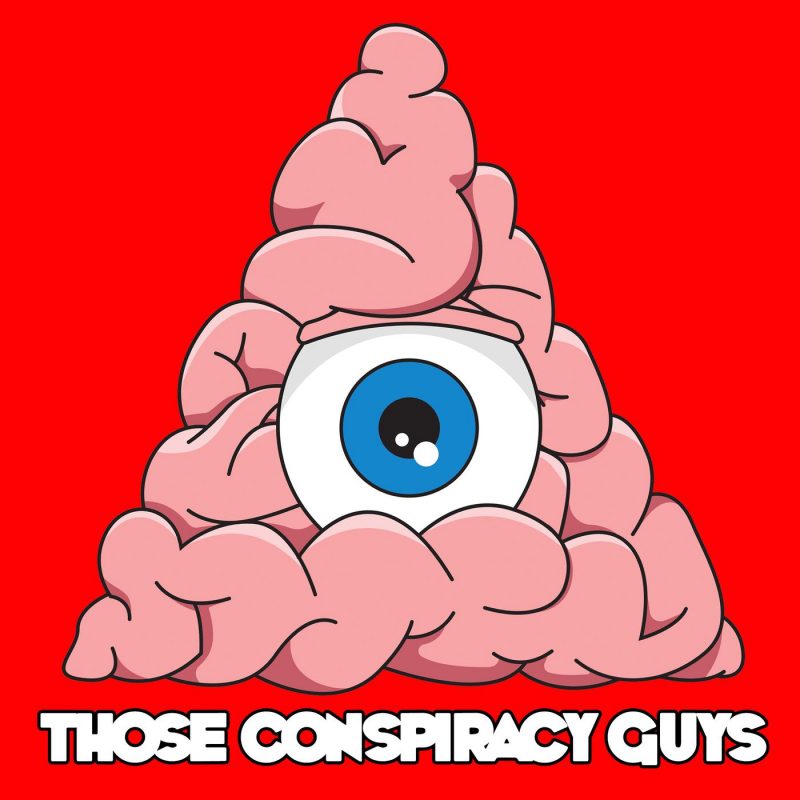 Those Conspiracy Guys is an Irish comedy podcast where we discuss all types and genres of conspiracy theories, paranormal happenings and true crime from Atlantean myths to Zapruder films; from ghosts and demons to alien abductions; from werewolves and vampires to CIA assassins and Russian spies. We have a big episode every two weeks, a True Crime show every other week and loads of other stuff every so often and you can head over to the website for details.

Our aim is to cast a light into the dark corners of corruption, conspiracy and suppression. We want to scour a web laden with tales of political intrigue, extra-terrestrials, rogue governments, secret societies, the paranormal, murder, mayhem, deceit, destruction, the cryptozoological and the psycho-pharmacological and present the fable of the 21st century: The Conspiracy Theory.

It's a Podcast that asks the unanswered questions of the wildest mysteries and weirdest truths from throughout our history. Taking universally available information from all around the internet and beyond, we'll provide a funny and friendly resource for all your conspiracy needs.

With weekly Podcast episodes and our constantly updated website Those Conspiracy Guys want to bring some truth to your inquisitive ears.

No topic is too delicate or outlandish and we want to make it palatable for everyone from beginners to experts. From the average guy on the street to a die hard conspiracy nut, we want to bring you the great conspiracies of time immemorial to the ones unfolding around us everyday. We avoid the tinfoil hats and poorly crafted sci-fi stories that litter the internet, to bring you conspiracies that you have heard about and more that you haven’t.

We are gleaning information from a seemingly insurmountable wall of waffle and running our common sense detector over some of the misinformation that lies in the stagnant swamp of the web.

We are but 'humble' Irish people, with a propensity for critical thinking and common sense, and a host of friends with the same mindset, but we all have a third eye squinted open for the strangeness of truth and are all tireless in the never ending quest for the opportunity to have the craic.

Have you ever watched the news and thought ‘that doesn’t look right?’.

Have you ever agonised over the official version of events that seemed like they were the script of a bad movie?

Then this is the podcast for you. We analyse easily available material and cast a critical eye over it; discussing the validity of its sources and its credibility as fact. Sometimes we believe it, sometimes we don’t, but you can make your own mind up because we are just a bunch of people with some free time and questionable search histories.

You can support our show by visiting www.patreon.com/thoseconspiracyguys and donating. You will get access to awesome exclusive content and be able to interact with us like you're the favourite in the family!

The Death of Brittany Murphy

TRUE CRIME –
On this episode we talk about a Hollywood starlet who died long before her time in very suspicious circumstances. Brittany Murphy came to Hollywood all the way from New Jersey and starred in loads of hit movies in the 90s and 2000s; the persona she portrayed on screen made her untimely death seem like just another tale of excess.

The truth is so much stranger though; her marriage to Simon Monjack, a British Director and Screenwriter; was filled with misfortune, fraud and she had to care for him through long term illness which he allegedly used to manipulate people. Brittany’s death was only months before Simon’s and both deaths had almost identical causes. Toxins in their new house were initially to blame but support for a government whistleblower could have been the impetus to silence her.

A very strange tale of manipulation and fraud and, hopefully, it will give you a more informed view of who Brittany Murphy was. Not the drug addled waif she played so well in all those great films.

Joining me on this episode is Shona Ellen aka EllieJayden and you can find her on her YouTube Channel, Instagram and Twitter here:
https://www.youtube.com/user/EllieJayden
https://www.instagram.com/elliejayden/
https://twitter.com/EllieJayden

This podcast is supported by the generous donations of the wonderful folks over at Patreon. You can get exclusive content, ad-free episodes, access to live chats and private social media like Instagram and Discord and a whole load of other stuff.

Click the link here and choose your support level, and thanks 🙂 Appreciate ya!

Probably the most useful and well maintained social space for TCG fans is the Discord server so click the link below and join in the conversation with fellow fans. Send me a DM or post to episode specific channels yourself, share links, or join in discussions.

Some sites in this list are obviously more active than others but I read all messages sent to me, even though I may not reply straight away.

Get conspiracy themed merch designed and curated by Gordo on our TeePublic store!
Top sellers include: Sasquatch – Forest Police Unit, Time to Pay the Bill, and That Sh*t is Bananas Click this link below to be brought straight to the store

For TCG video content subscribe to any of these services where you will find: LiveChats; Episode and Recording Day Vlogs; LiveStreams of Podcast Episodes; and loads more.

You will also get notifications of upcoming Live events and can join in the conversation!