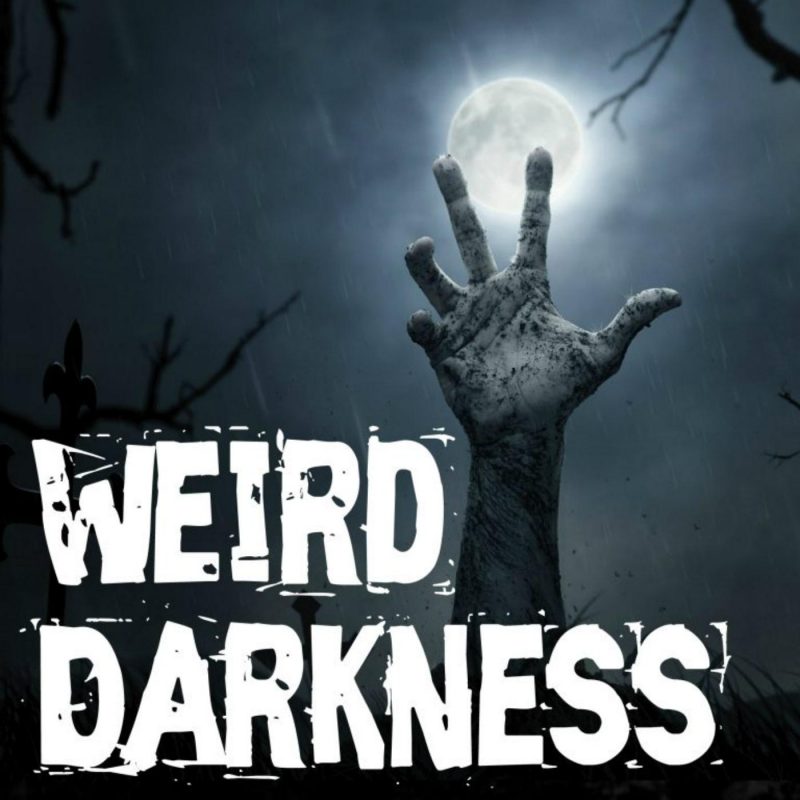 “THE 1952 UFO CRASH” and 5 More Eerie, True Stories! #WeirdDarkness
IN THIS EPISODE: (Archive Episode – previously aired June 07, 2018) *** A Native American hunting party tracks down a large hair-covered creature and finds a giant mound with bodies of 19 human children. The children had not only been kidnapped, they had also been consumed… by Sasquatch. (The Human-Bigfoot War of 1855) *** Within the UFO files of the U.S. Air Force Office of Special Investigations that are held at the National Archives, there is a USAF document which is dated July 23, 1952. That document describes a UFO crash in the woods of Maryland. (The 1952 UFO Crash) *** Two Missouri teenagers and one teen’s mother vanished without a trace after a high school graduation ceremony and have never been seen again. (The Vanishing of the Springfield Three) *** Henry Kendall was found in a graveyard with a bullet hole between his eyes. How he met his fate may be a mystery, but his reason for being in the graveyard was certain, he was there to snatch a body. (A Grave-Robber’s Fate) *** Everything seems bigger when you are a child… even shadow people. (A Very Tall Man) *** Glowing eyes, flapping wings, 7-foot wingspans… what are these strange, frightening flying creatures being reported in Japan? (Weird Winged Monsters of Japan)
STORY AND MUSIC CREDITS/SOURCES…
“The Human-Bigfoot War of 1855” by Brent Swancer: http://bit.ly/2yTsLpS
“The 1952 UFO Crash” by Nick Redfern: http://bit.ly/2YTlxRn
“The Vanishing of the Springfield Three” by Troy Taylor: http://bit.ly/2KKYU8W
“A Grave-Robber’s Fate” by Michael Wilhelm: http://bit.ly/33pFPS6
“Weird Winged Monsters of Japan” by Brent Swancer: http://bit.ly/2YWhfVp
“The Very Tall Man” by Anthony Mask, submitted to WeirdDarkness.com: http://bit.ly/2MTbZPT
WEIRD DARKNESS MUSIC PROVIDED BY Midnight Syndicate http://amzn.to/2BYCoXZ and Shadow’s Symphony http://www.facebook.com/shadowssymphony/ – all music used with permission. All rights reserved.
SUPPORT THE PODCAST…
Become a PATRON (Official Weirdo): http://www.WeirdDarkness.com/WEIRDO
Visit my sponsors: http://www.WeirdDarkness.com/sponsors
Become a sponsor: call BG Ad Group at 770-874-3200 or email j.southerland@bgadgroup.com
MY RECORDING TOOLS…
* MICROPHONE (Neumann TLM103): http://amzn.to/2if01CL
* POP FILTER (AW-BM700): http://amzn.to/2zRIIyK
* XLR CABLE (Mogami Gold Studio): http://amzn.to/2yZXJeD
* MICROPHONE PRE-AMP (Icicle): http://amzn.to/2vLqLzg
* SOFTWARE (Adobe Audition): http://amzn.to/2vLqI6E
* HARDWARE (MacBook Pro): http://amzn.to/2vQzD5g
I always make sure to give authors credit for the material I use. If I somehow overlooked doing that for a story, or if a credit is incorrect, please let me know and I’ll rectify it the show notes as quickly as possible.
“I have come into the world as a light, so that no one who believes in me should stay in darkness.” — John 12:46
*** How to escape eternal death: https://www.youtube.com/watch?v=2IYmodFKDaM
Depressed? Contemplating suicide? Call toll-free anytime night or day: 800-273-8255.
Weird Darkness is part of the BG Podcast Network: http://bgpodcastnetwork.com/
WeirdDarkness™ – © Marlar House Productions, 2019.