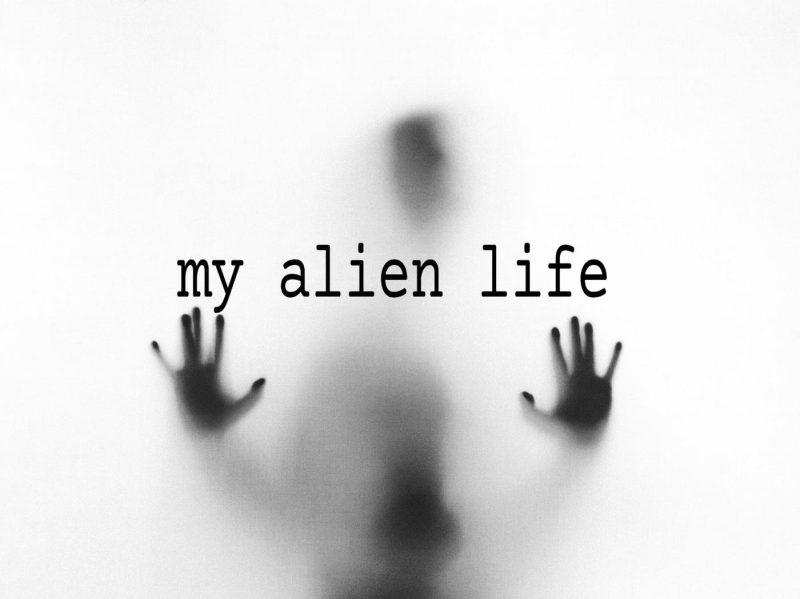 …a gathering place for the appreciation of countercultures, different experiences, culture, art, music, food, paranormal and the life beyond conventional status quo....Join us for the exceptional, and the unorthodox becomes the usual, and the ordinary transforms into the extraordinary. This is MY ALIEN LIFE!

Aaron collins had his first paranormal experience when he was 10 years old.  This terrifying experience launched him into a lifelong passion for paranormal research and investigations.  A Gresham, Oregon resident, Aaron Collins is a Memphis, Tennessee native. Aaron attended Mt. Hood Community College in Gresham with a Major in Psychology  and a Minor in Theater . He became a Producer at MetroEast Community Media in Gresham where he is the Creator/ Executive Producer and Host for a cable access show, Paranormal Crossings. He is also the Creator/ Executive Producer and Host for Paranormal Crossings – Into The Unknown Podcast.  In addition to both Paranormal Crossings shows, Aaron is a musician and also an Ordained Christian Minister and served in the church as a Worship Leader for 10 years. Through ministry, he began doing voice acting when he co-wrote and starred in a local radio commercial utilizing his voice acting talents. In addition to radio, television and ministry, Aaron has been a paranormal investigator for over 20 years. He is the Co-Founder and Lead Investigator for NW Paranormal Investigative Team. Due to Aarons outstanding reputation in the paranormal field, he serves on the Oregon Ghost Conference Planning Committee as well as leads investigations, panels, lectures and teaches children’s classes at the conference since 2015. He has appeared on local television and radio to promote the Oregon Ghost Conference since 2016.

Aaron appeared on an episode of the Travel Channels Ghost Adventures 4 part mini series, Graveyard of the Pacific, October 2018. The episode was based on a demonic attack on Aaron in The Norblad Hotel basement in Astoria, Oregon during an investigation in January 2018.

“my alien life” is written and produced for broadcast at Studio 254 in the Northern Rocky Mountains..

The music you’ve heard tonight is produced and created by ELEON.

ELEON is changing the face of New Age with what can only be describes as “Epic Chill” on Heart Dance Record’s first Electronic release.

You can find all ELEON’s work online at HEART DANCE records, Facebook…

Thank YOU for listening to tonight’s amazing podcast.

I am Cameron Brauer and this is my alien life!