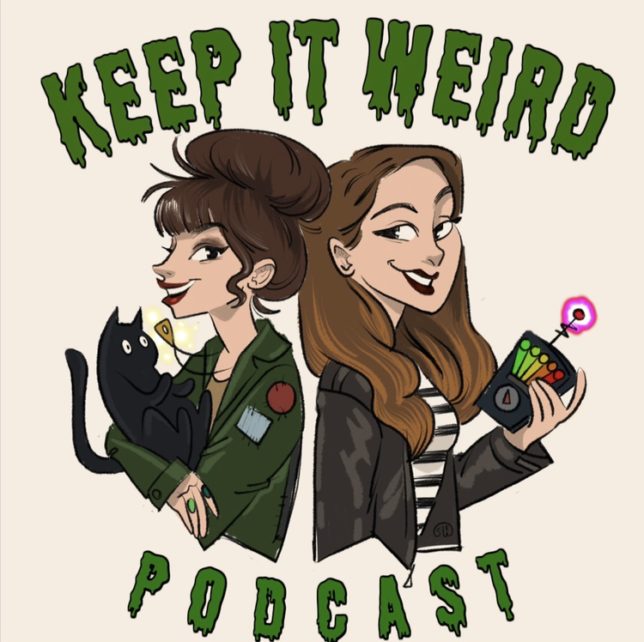 (Explicit) Keep it Weird is the podcast for all things strange, unusual, paranormal, supernatural, creepy, sticky, gross, scary, and everything in between. We're in season 5 of our show and we focus on in-depth research and finding the weird in everyday life So it's not all ghosts and goblins-- we've also done weird sports, the history of the circus, artificial intelligence, body modification, fashion, coincidences, and even sex. We have guests on the show to bring their own experiences with the paranormal or expertise in that week's subject.

April 20, 2018 Keep It Weird Comments Off on Juggalos, Chupacabras, & the Messiah?
Spread the love

Welcome to another edition of HOMETOWN HAUNTS!! This time were heading south to the Lone Star state. Lauren and Ashley sit down with standup comedian and Texas native JUSTIN FOSTER to talk about the Monsters of Texas.  Part rat, part kangaroo, part canine, & all vampire: Chupacabras are mostly seen in Mexico and South America, but did you know Texas has had several run-ins as well?  Goat men, haunted lakes, and we even learn that not all monsters have scales and live under bridges: Texas had one infamous monster who resided in Waco…..

Make sure you stick around after the episode for a clip from Justin Foster’s debut album “Dangerless” which you can find on iTunes and Spotify and  check out Justin’s podcast “Foster the Podcast” while you’re there!