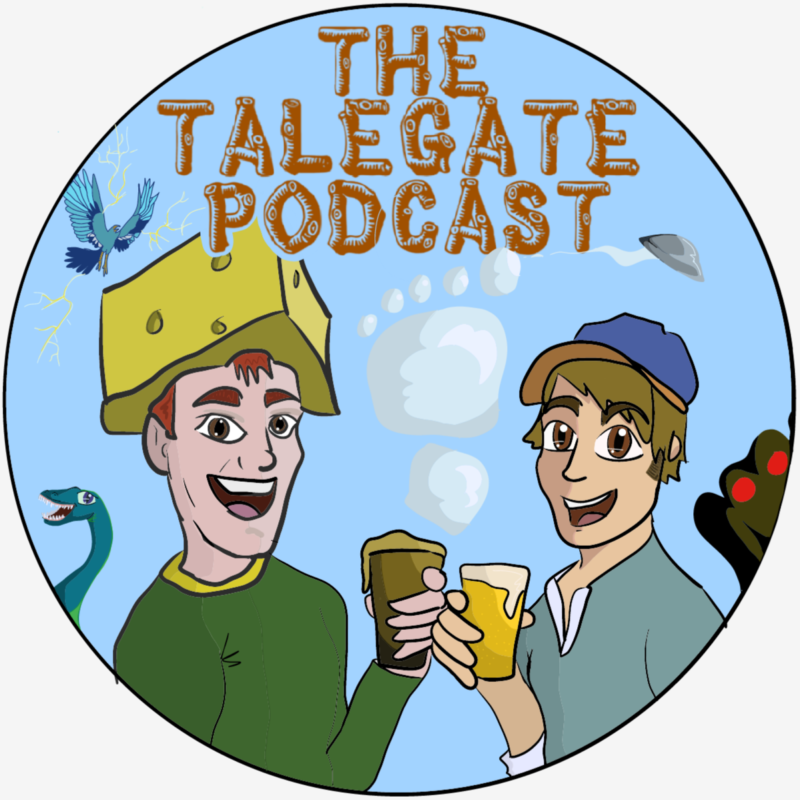 (Explicit) Cheesehead and Florida Man are on a roadtrip, following a dowsing pendulum across America, to uncover the mysteries behind tall tales, fairy tales, folktales, fishtales, & urban legends, one interview at a time! You get to hear the true history, evidence, and lore of these beloved figures from their own mouths, alongside author and celebrity interviews. Our podcast is accompanied by transcripts and show notes as well, for those who prefer to read, need to translate, or may be hearing impaired.

December 15, 2020 The Talegate Podcast Comments Off on Episode 7 – Railroad Bill
Spread the love

It’s a rainy night in the Florida panhandle, but that won’t stop us from interviewing the ghost of a legendary gun-slinger! You may be familiar with the fictional Django Unchained, but did you know there was a real African-American outlaw and hero-of-the-people who once terrorized the Florida railways? Enter Railroad Bill, the slickest bandit in the Southeast.

Morris Slater was a turpentine worker throughout the American Southeast. He was tossed off a moving train by a worker of the Louisville-Nashville Railroad Company and swore vengeance on them for the rest of his days. And, just like that, the anti-hero & desperado, “Railroad Bill” was born. Railroad Bill earned his namesake by harassing the Louisville-Nashville Railroad Company to the point where gunfights broke out. Having successfully evaded some 17 shootouts, killed two sheriffs, and gained a bounty of over $1,250 along with the attention of bounty hunters as far out as Illinois (the Pinkerton among them), Bill finally met his end in 1896 after being caught in the crossfire of bounty-men and police who both were hunting him down to cash in on his reward.

Morris Slater had his corpse paraded around between Alabama and Florida by sheriffs looking to make a quick buck until finally being discarded in an unmarked grave among many other African Americans. His body was later identified and relocated within St. Johns Cemetery in Pensacola, FL, and given a proper tombstone.

The Talegate Podcast is an absolute supporter of the BLACK LIVES MATTER movement and encourage you to take part in the fight against systemic injustice to make the world an equally better place for all who share our little planet. Consider donating to Victim Funds or one of many other amazing organizations found here:

Check out more on these topics by listening to The Talegate Podcast on Apple Podcast, Spotify, or any other fine podcast directories; and please rate, review, and subscribe. OR simply follow the link our user-friendly website at www.thetalegatepodcast.com! Also, be sure to follow us on Instagram @thetalegatepodcast and write us with your own stories at TheTalegatePodcast@gmail.com.