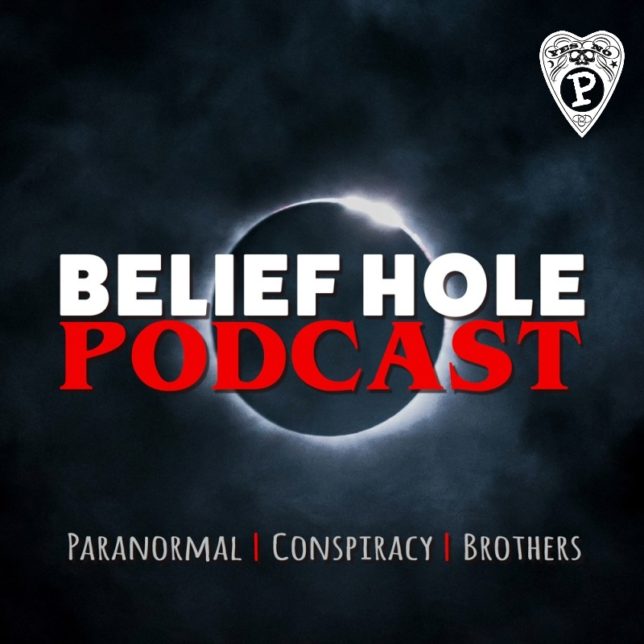 Three brothers explore, debate and sometimes snicker over the fantastic and mysterious goings ons that exist at the fringes of our reality - everything from the average Bigfoot encounter to the fringiest of fringe conspiracy theories, often challenging their own beliefs.. and sometimes each other's sanity. Good humor, good drinks and good discussion. Listen, laugh and contemplate along with the brothers of the Belief Hole Podcast. Why? Because they love you, and we’re all in this strange place together!

Ever hear of a quaint classified testing site known as Area 51? Of course you have! and it’s all thanks to the whistle blowing of a brave soul named Bob Lazar. And thanks to the efforts of film maker Jeremy Corbell and investigative journalist George Knapp, after 30 some years, he’s breaking his silence once again. On this Episode of Belief Hole, we give you the skinny on Bob’s claims. Join us as big brother Jon finally relays his personal U.F.O encounter, Chris DOESN’T spill a drink, and Jeremy bares his flat earth teeth once again. It’s all going down in the belief hole tonight, so start your New Year off right with a yummy slide into madness!