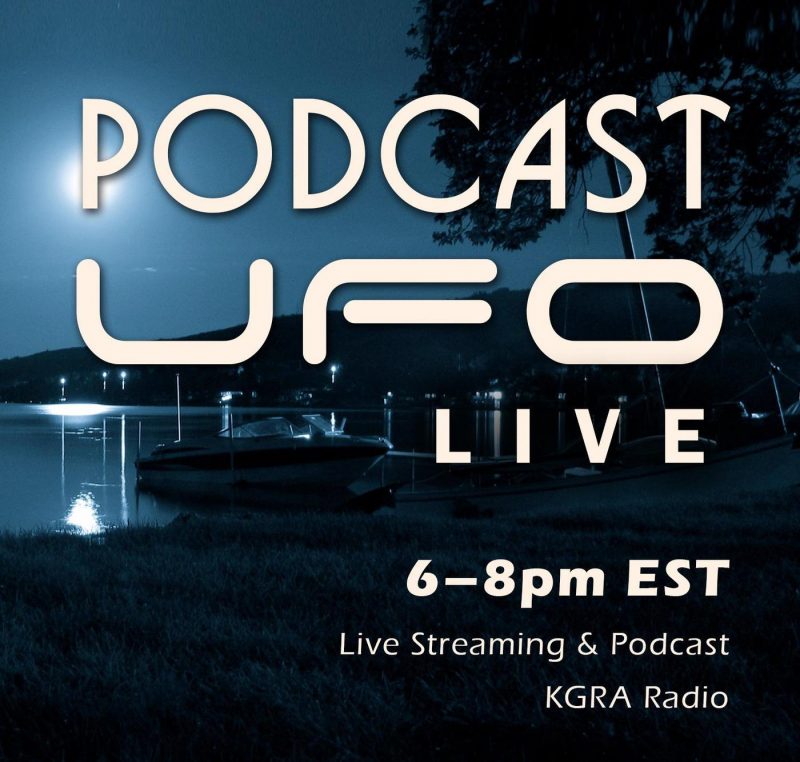 Podcast UFO is place where you can listen to audio podcasts about UFOs, close encounters and people associated with the UFO phenomenon. Witnesses involved in such things as sightings, views on cover-ups and more. Listeners are welcome to interact with guests, visit the website to find out how.
Shows are recorded live on YouTube stream every Wednesday evening, 8:00 to 10:00PM EST.

Alejandro Rojas with UFO Updates, guest Robbie Graham discusses the basis for his two books on UFOs, “Silver Screen Saucers” and “UFOs: Reframing the Debate” and more. ROBBIE GRAHAM has lectured around the world on the UFO subject and has been interviewed for the BBC, Channel 4, Vice, and Vanity Fair, among many others. His articles have appeared in numerous publications, including The Guardian, New Statesman, and Fortean Times. He studied Film at the universities of Staffordshire and Bristol and is the author of Silver Screen Saucers: Sorting Fact from Fantasy in Hollywood’s UFO Movies (2015) and the editor of UFOs: Reframing the Debate (2017).